We arrived in Bournemouth on Saturday morning at 10 o` clock. All the host families were
already there. They picked us up and we went to our house. We took our suitcases up in our rooms.
Then we ate a sandwich with cheese, salami and salad. After Lunch we had a little sleep,
because we were very tired from the trip. Then they showed us the way to the bus stop. And
she gave us the telephone number and the address. Later for dinner we had vegetables and potatoes.
In the evening we had a shower and took our clothes into the wardrobe. We talked to our families
and said that we had a very nice day in Bournemouth. At 9 o` clock we went to bed.
(Laura, Leonie, 8a) 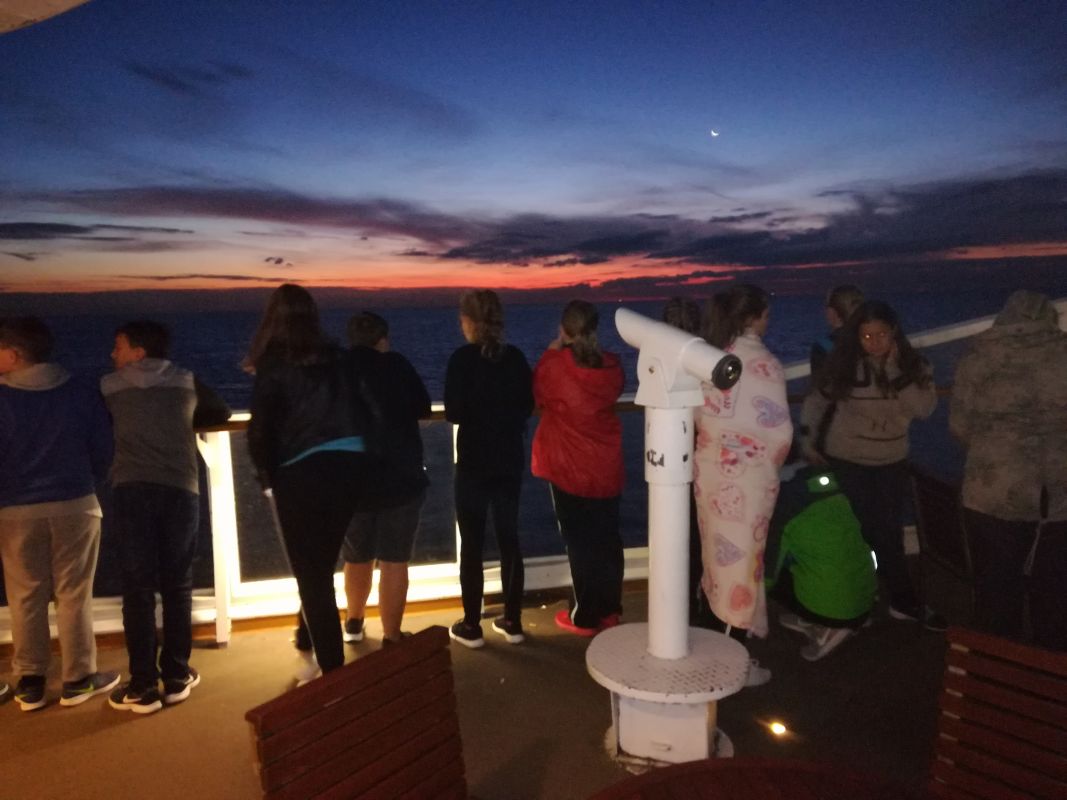 At half past 7 the bus picked us up, because we went to London.
The bus dropped us off after one and a half hour in London.
From the bus we took a lot of pretty pictures of  the London Eye and other big buildings.
First we stood in front of the London Eye and there we could go to the toilets.
We walked with our guide across Westminster Bridge to Big Ben.
From there we went to the Horse Guards and could see how the Guards change.
After that we walked through the St. James`s Park to the Buckingham Palace.
In front of the Palace we took a group pictures.
We had to walk a long way to Piccadilly Circus.
In the middle of Piccadilly Circus there is an angel.
Then we got freetime in London.
There we could go shopping and could buy some things for our family or for ourselves.
When our freetime was over we went to the park where the bus picked us up.
On the bus we thanked our guide Loraine for the nice trip to London.
Our busdriver Holger dropped us off near our hostfamily’s homes.
This was a vey nice day in London.
Lea and Melanie (8a) 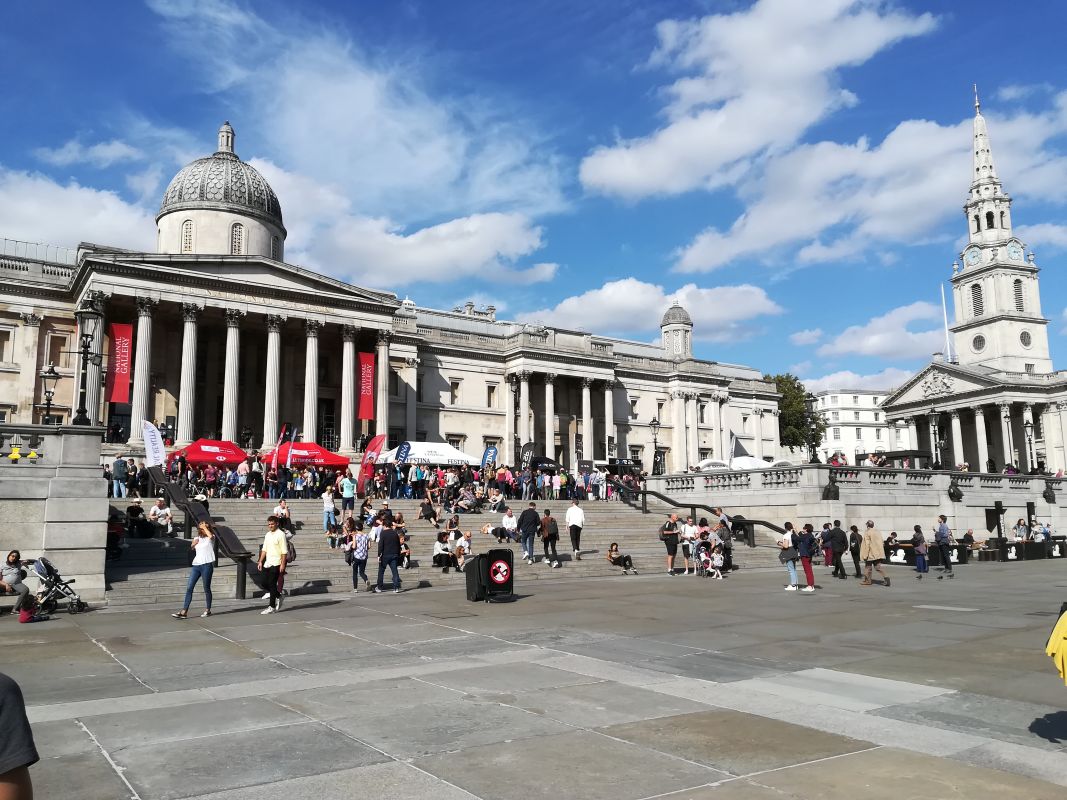 On Monday the bus picked us up at 8:30 am.
Then we went to the Hengistbury Head.
There we took a lot of beautiful pictures.
After that we went to a small mountain.
From the top you had a fantastic view of the landscape, but it was very windy.
When we went back to the bus we drove to Bournemouth to our school.
In front of the Cavendish school we took a group photo.
We had 3 lessons and after that we went to Laserquest.
It was a dark room where you can shoot others with harmless laser beams.
That was really nice, but I think it was too short.
On a shopping street we had a bit free time.
We went from shop to shop.
In the evening we came back to our host parents, and had supper.
Aurelia and Sindy, 8a 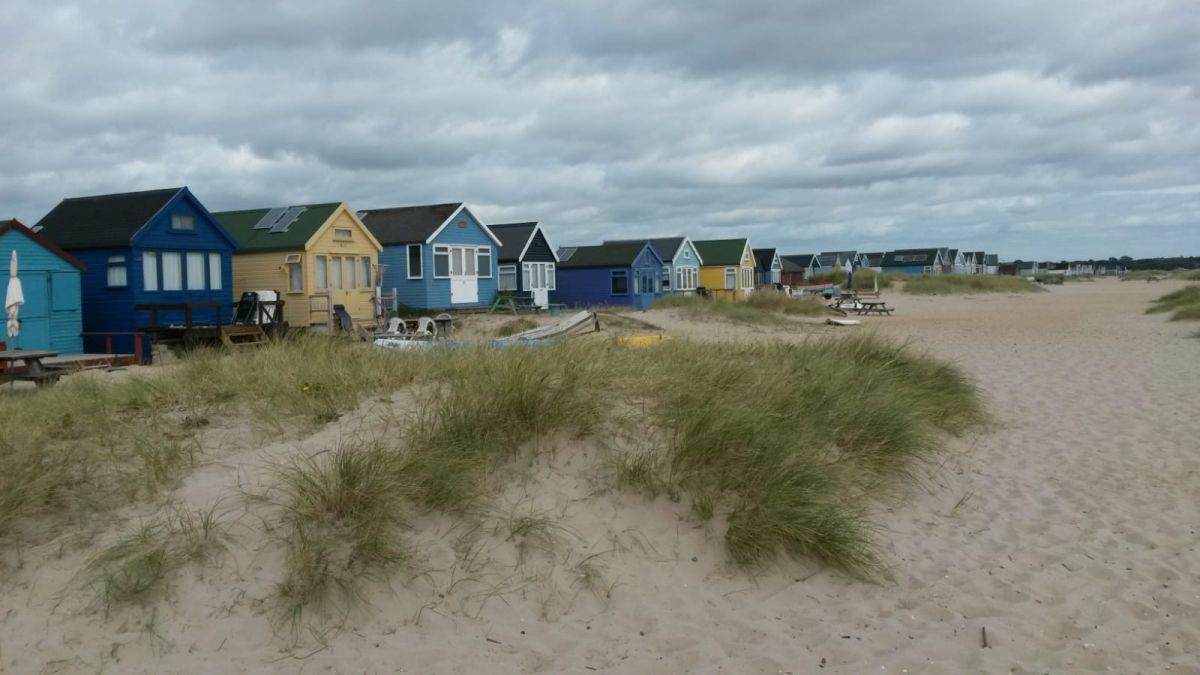 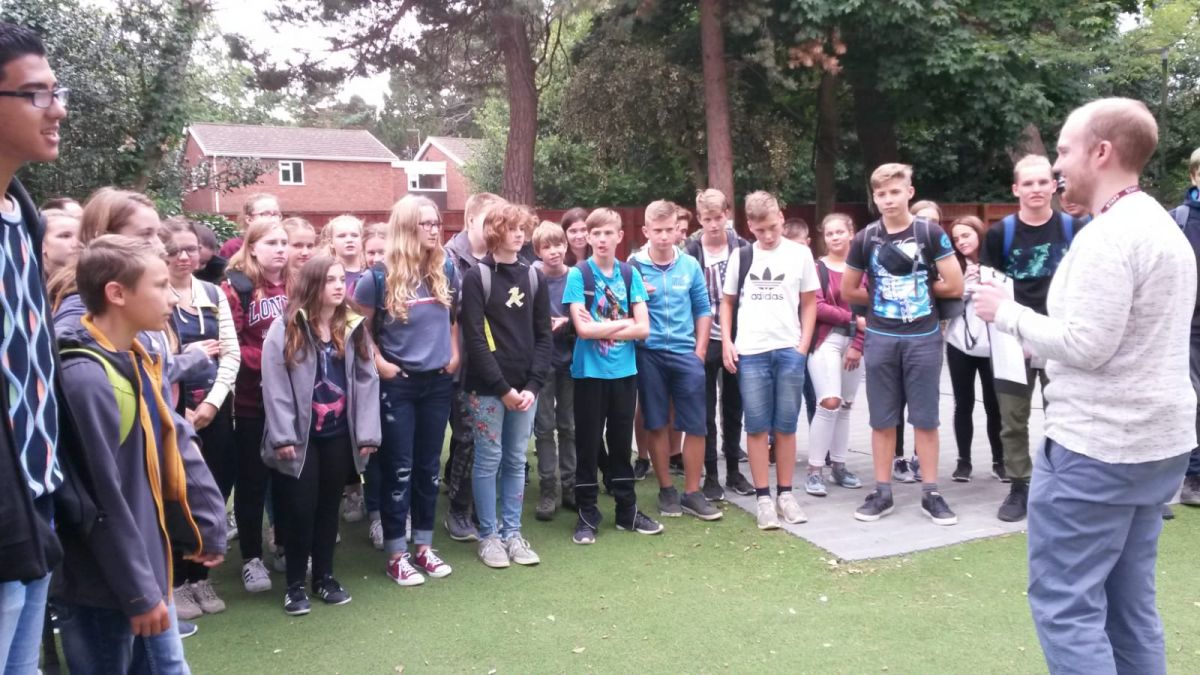 Tuesday, 11th September, 2018
The bus collected us at our bus stops at 7.30 am and we went to „Cavendish School“
We had 3 lessons until 10:40.
After school we went with our guide in the direction of Stonehenge. At the bus stop we started with the Stonehenge shuttle to Stonehenge. Stonehenge is a very religious place. We saw meadows and in the middle of them were very big rocks built on each other.
We went round these rocks and I enjoyed the silence. We took some photos and went to Salisbury to a big Cathedral. It's the tallest Cathedral throughout England 123 m (404 ft.) high. We went into them and went through the Cathedral.
After that we had some free time and went shopping in Salisbury.
The most people went to Burger King. After shopping time we wanted to go back because we went to the Karaoke at „Cavendish School“ at 5:45 pm. At 8 o'clock pm we were back to our host family.
and had supper and went to bed at 11 o'clock pm and the next great day waited for us.
Marvin, 8a 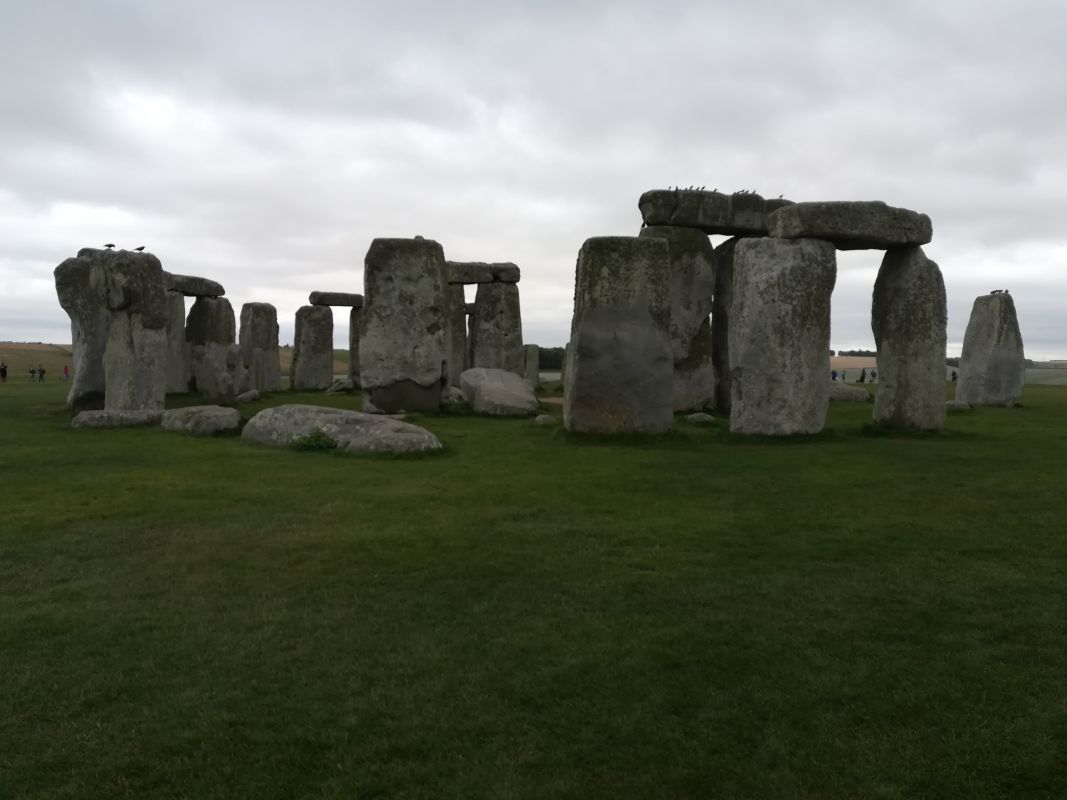 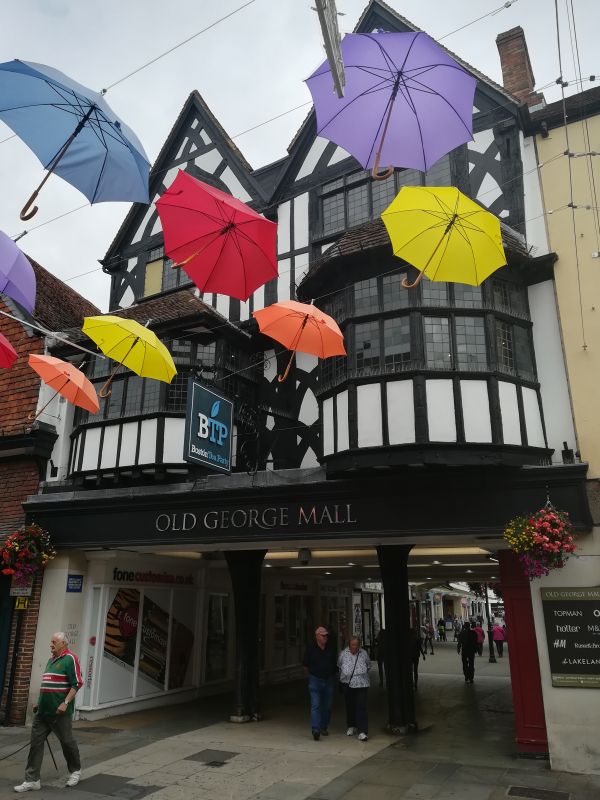 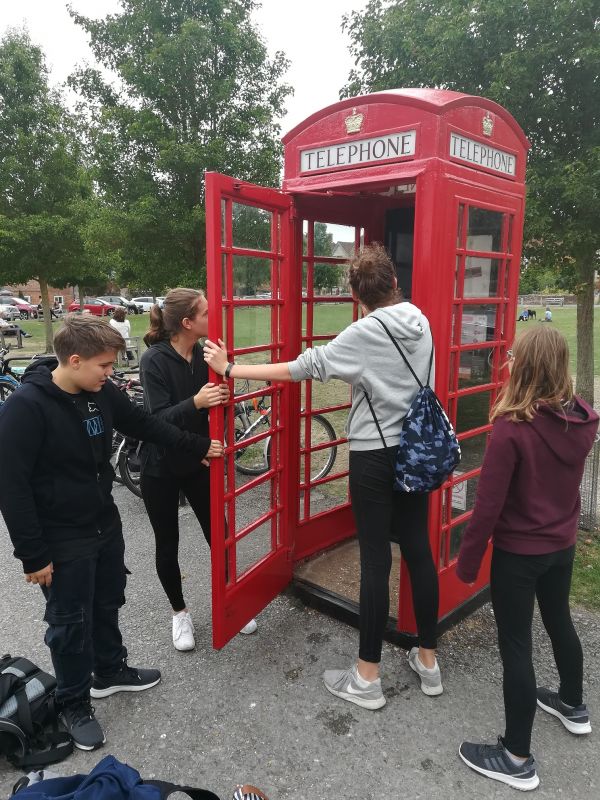 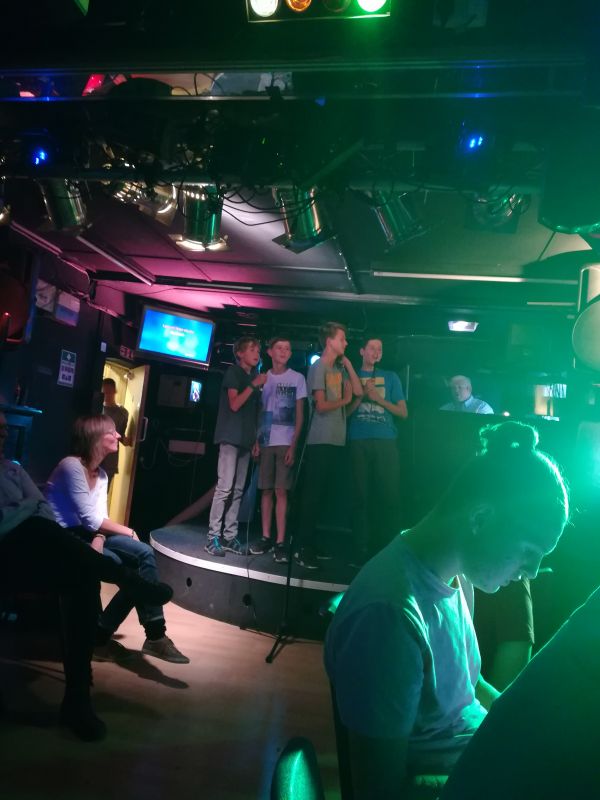 On Wednesday we first went down to the Isle of Portland. There we went up the hill and had a nice view. There also was a sculpture of the Olympic Rings. After 10 minutes we  went down and went straight to Chesil Beach. It is the most dangerous beach of Great Britain. There we flicked stones for 20 minutes, others watched the ocean or talked to others. After that we went to Weymouth. In this city there is the most popular fish and chips shop in this region. The meal is pretty big and the most of us didn´t even finish the meal. We spent nearly two hours there and then we went to the meeting point. After 10 minutes the bus finally arrived. We went to the coast. There we walked 2-3 km to ´Lulworth Cove´. It was a really nice location, there was the film set for ´Pirates of the Caribbean´. We could walk down and built a channel for the water, just for fun. Later we went up and walked along the coast. After 45 minutes we arrived in a small town and we had 15 minutes free time. After these 15 minutes we got on the bus and went back to Bournemouth.
Ben, 8a 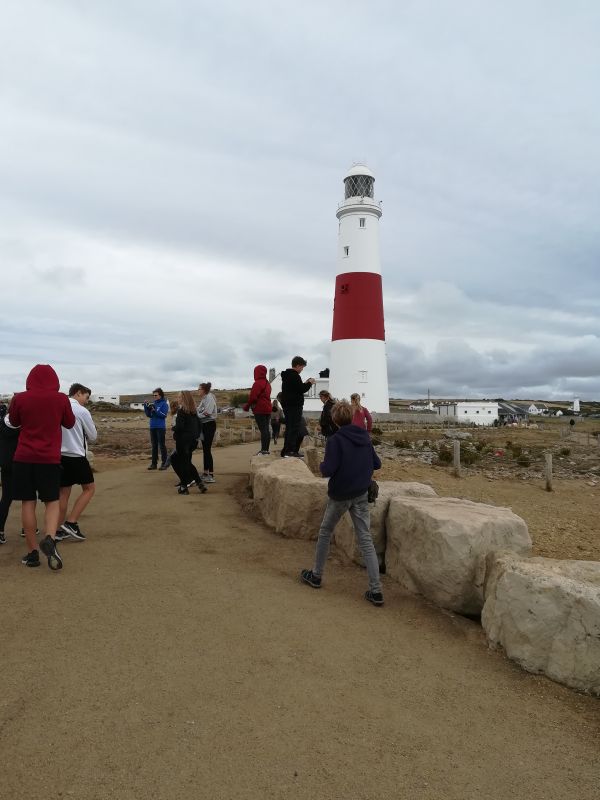 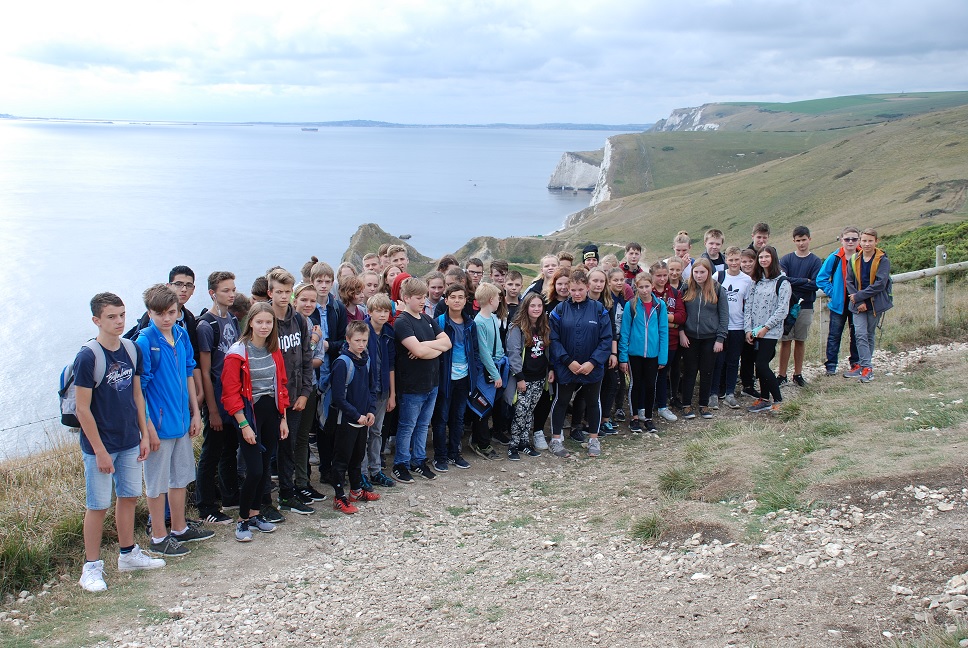 In September we spent five days in Bournemouth in a town named Poole. It is a small town with many little houses, beautiful gardens and a wonderful old park a five-minute walk from our house. To the bus stop we had to go about five minutes too.

Our trip to England

Our house was very small but nice. It had a large garden with a big pool.
There was a spacious kitchen and a dining room. The bathroom had a big shower, a mirror, a toilet and a sink. We stayed in a tiny but beautiful room with a big window and two very nice bunk beds. There was also a big wardrobe and a white dressing table (so cute!).
Our host family, a mother and her two daughters, was very friendly and funny.
We laughed a lot because the youngest daughter (she was 10) was very crazy, but in a positive way.
For breakfast we had toast with butter and jam. Our host mother cooked the meals every day and prepared our lunch packages. The food was not much different than in Germany.
We did not have to help in the house a lot, but we did clear the table.
Our host family left the house at eight o’ clock. The mother brought her daughters to school and then she went to work. She came home at six pm.
We only used our smartphones to take photos or in our free time.
We don’t know much about the hobbies in the family.
But we saw pictures showing the daughters swimming with dolphins.
We liked the place because the house was beautiful and the family was very friendly.
All in all there was nothing we didn’t like about our trip.
Linette, Hannah, 8c

My Trip on Tuesday

On Tuesday I got up at 5:30 and had breakfast with my roommates. Then we walked to the bus which then came 7:50 clock. We went to the Cavendish school. Where we worked for 3 hours. After school we drove to Stonehenge where we went up by bus and looked at the stones. We spent about 2 hours there. Then we went down by bus and then drove our bus to Salisburg where we looked at a large church and from the outside and inside. After the sightseeing, we went in groups in the city where we then had time. After the few hours we drove then to school, where then the karaoke evening took place. After the great karaoke evening we were then driven by bus home to our host parents. Late in the evening we ate supper and had a shower. Later we fell in our beds.

Our Host Family
The host family picked us up from the bus stop and drove us to their house.
The area we stayed in was very old.
There was a large dog park with a playground.
It took about 10 minutes to get to the city by car.
The house was small but very cozy.
We liked the pink and gray colours of our room and each of us had our own bed and a TV.
Our host parents’ names were Hayley and Mark.
Hayley is a nail designer. We know nothing about Mark’s hobbies.
They have a daughter who is older than us and a tiny dog named Leo.
They were very helpful and friendly and if we needed anything we could always ask for it.
We got continental breakfast every day.
For lunch we usually got delicious lunch packages.
Hayley cooked something tasty every night. Mostly, some fast food with juice. Occasionally there were typical English dishes.
One evening, when we came home late she had put a snack in our room.

We cleared the table and washed the dishes after every meal.
Every morning, Hayley made our breakfast and woke us up, then we got ready and almost always left the house punctually.
After excursions we came home, ate supper and later we went to bed.
There were no rules we had to follow. One evening we were allowed to meet our friends.
We liked our host family’s hospitality and their indescribable friendliness.
We will never forget this experience.
Annalena, 8c